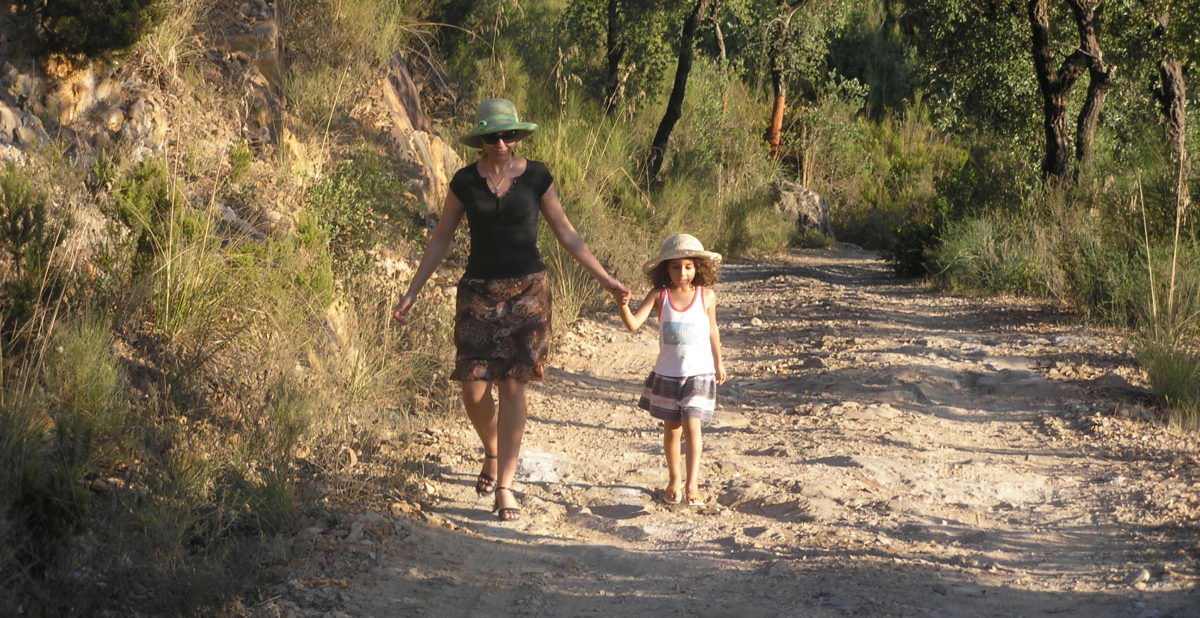 There is a place along the route of my morning walks where the trees, planted in a row, cast a striped pattern on the road.

I had walked along that stretch of road at many times of day, in seasons of grey and of brilliance, of wet and of dryness, before, one particularly early morning in spring, I truly experienced them.

Drawn to the beauty of the shade, I walked along the side of the road where the shadows spread their darkness onto the pavement. As I walked, a deep sensation of awe, of beauty seeped into my gut. I inhaled it deeply, drawing in a great sense of joy, astonished by its power. I walked along its whole length, listening, breathing, feeling the expanse and spaciousness of the sensation. I turned around, walked back down the road and walked it again, remembering something, someplace where I had felt this before.

Then it came, clearly taking its form in my memory. The cathedral, the Duomo, in Sienna. The striped columns of dark and light marble like the rows of poplar trees in the surrounding countryside.  There, walking between the two rows of columns, each repeating that pattern, stretching high above my head into the sky of the dome above, I had felt the same sensation of incredible internal depth, spaciousness, beauty, indescribable yet palpable.

It was a cathedral built in the 13th century. It echoes the striped marble arches of the of  the Dome of the Rock, built on the Temple Mount in the Old City of Jerusalem five centuries earlier and those of the Great Mosque of Cordoba built slightly later in that century.  There are other more northern cathedrals such as the one built a century or two before the Duomo in Durham, England, which incorporate some variation of this pattern. What brought the architects of these great halls to this alternation of light and dark? What gives it such an effect?

When there is sun in the morning, I try to get out early enough to catch the right slant of the sun , the brief angle in its climb that creates the longest shadows along the row of trees on the east side of the road.  This morning I caught it just right. The shadows were long and distinct, the light bright between them. I savored the experience fully as I walked in the fragrant spring air.

Wondering again, I examined, in the Proustian mode, every nuance,  holding up its facets in the light of consciousness. What else was there? What memory? With a kind of internal start, I recognized the other place I have experienced such a great stirring. It is in the forest, particularly in the forest of early spring when the contrasts between light and shadow are most pronounced.

Is there some primordial sense triggered by this experience of patterns of alternating light and shadow? Did our ancestors who created the paintings in the caves of France and Spain some thirty-two thousand years ago transmit the same sense of inexplicable awe they experienced in the forest to their paintings on the deep interior walls, drawn in the alternating patterns of light and dark made by their flickering torches? Was this art continued through the ancient cultures of Greece and Rome, repeating in their own mediums the experience of boreal awe?

It is embedded somewhere deep within our cells, in the primitive mitochondria perhaps, and echoes throughout the halls of our consciousness, like music. It calls to us less frequently now, since most have lost the faculty to hear it.

3 Replies to “The Row of Trees”