The year is quickly coming to an end. I suppose we have a need for beginnings and endings, however arbitrary. The world of people around me seems paused, a bit listless, waiting, relaxed but a little bored.

Here, they are anticipating a feast on New Year’s Eve, perhaps some inebriated viewing of fireworks down by a lake. For me, it will be quiet, one day just melding into the next.

The ground is covered with frost these last few mornings, the sky clear and blue-grey until the sun rises high enough over the foothills to fill it with that intense yet evanescent blue of winter. Last night the moon hung there above the mountains in its most fragile form, the slimmest crescent facing Jupiter, the two sparkling and exerting their magnetism, one towards the other. A concert of such delicacy and jollity that it was almost unbearable.

Things are beginning to hum a bit now as the village comes to life in its Sunday form, some people driving to the boulangerie before it closes at noon, only to reopen on Tuesday. One or two quietly, almost secretly perhaps going to church in the town nearby but more going to hike somewhere in the mountains, their “batons” stored in the trunk. Soon there will be cyclists going by, just one or two now and then, not the chatting groups of summer, coming one after another down the road that lead up to Montsegur.

This is my occupation as I sit, not disturbing too much the bone that is mending itself stealthily with new cells somehow, deep inside, blood carrying the materials where they are needed. Who knows?

This afternoon I lay down for a nap in my study, the sunlight streaming in the southern window, a chill still in the room. In the moments of waking, the great luxury of it bathing me, the little memories of a Christmas some sixty years ago floated in on the particular quality of the light.

When I was some eight or nine years old, my father gave me a box of candied violets for Christmas. What else he gave me that year in the usual extravagance of his Christmas giving, I can no longer remember. There were certainly marzipan figures of Santas and snowmen and apples and peaches in my stocking and expensive toys under the tree, but it’s the beautiful little hat-box-like container with a violet colored satin ribbon handle that captivated me.

When at first I unwrapped it, I remember only the delight of how pretty it was, violet and cream with clusters of painted purple violets strewn around on the label. The words on the box were in French, a language I’d already begun to learn in my enlightened school. My mother spoke French and taught it sometimes in the schools where she worked. She read aloud the writing on the box as she pointed to the words, “Les Violettes de Toulouse”.

Entranced by the evocation of a city far away, I gently worked the top off the cylindrical box. Inside, cushioned in violet-colored tissue, were the purple violets I knew from my days of playing near the stream where they grew up in the grass and between the rocks. I picked them for decorations for my tiny rock villages. But somehow these had been transformed into fragile-seeming crystal rocks. A fragrance of sweet flowers and sugar, somehow a bit musky like the leaves of the forest floor. Pulling back the tissue, I inhaled and inhaled again, sitting cross-legged in front of the Christmas tree, The light in the big windows of the living room warming my cheeks, I touched them, all packed together, crunching a bit against each other. With my thumb and finger, I pulled one from its nest and put it in the palm of my hand where I could study it better.

“Yes,” he chuckled. “It’s candy made of real violets.”

I put it in my mouth. The sugar began to melt, carrying with it a flavor on the tongue of that fragrance of the sweetest of flowers, of spring forest and sunlight, of gardens from picture books–a revelation. I crunched it a bit between my teeth, a delicate crunching like nothing else, a little explosion of a flavor sweet and touched with the slightest acid of green stems.  A treasure from France.

For the next month, as school resumed and the days became ordinary once again, it sat on the dresser in my bedroom. Each day, going to my room to change out of school clothes, there it would be, that exotic box, waiting there. I’d hurry, and half changed, eat just one, letting it melt on my tongue like that first moment under the Christmas tree, recalling something extraordinary, something of another world.

I wanted to make the box of them last forever, but, of course, well before spring, they were gone. The empty box with its tissue paper sat on my dresser for years, a hiding places for treasures, preserving just a small whiff of the fragrance of France–violets.

Now this memory transplants itself to the Toulouse I am getting to know, a city of rosy red brick buildings, of a beautiful tea shop, a cozy restaurant, a beautiful square, parking garages, spreading banlieus and streets filled with university students and demonstrating yellow-vests and police barriers.  A place where, at a Prefecture in an office building, we got the Cartes Sejours that allow us to continue to live in France. Now I remember it is also the city of violets, the city of those transfigured flowers.

The light recedes onto the eastern hills, rosy. Another day is passing. There will be a fire in the woodstove and dinner with vegetables from the garden. Somewhere in all of this a transition must be happening, a movement of one cycle into another, spiralling onwards. 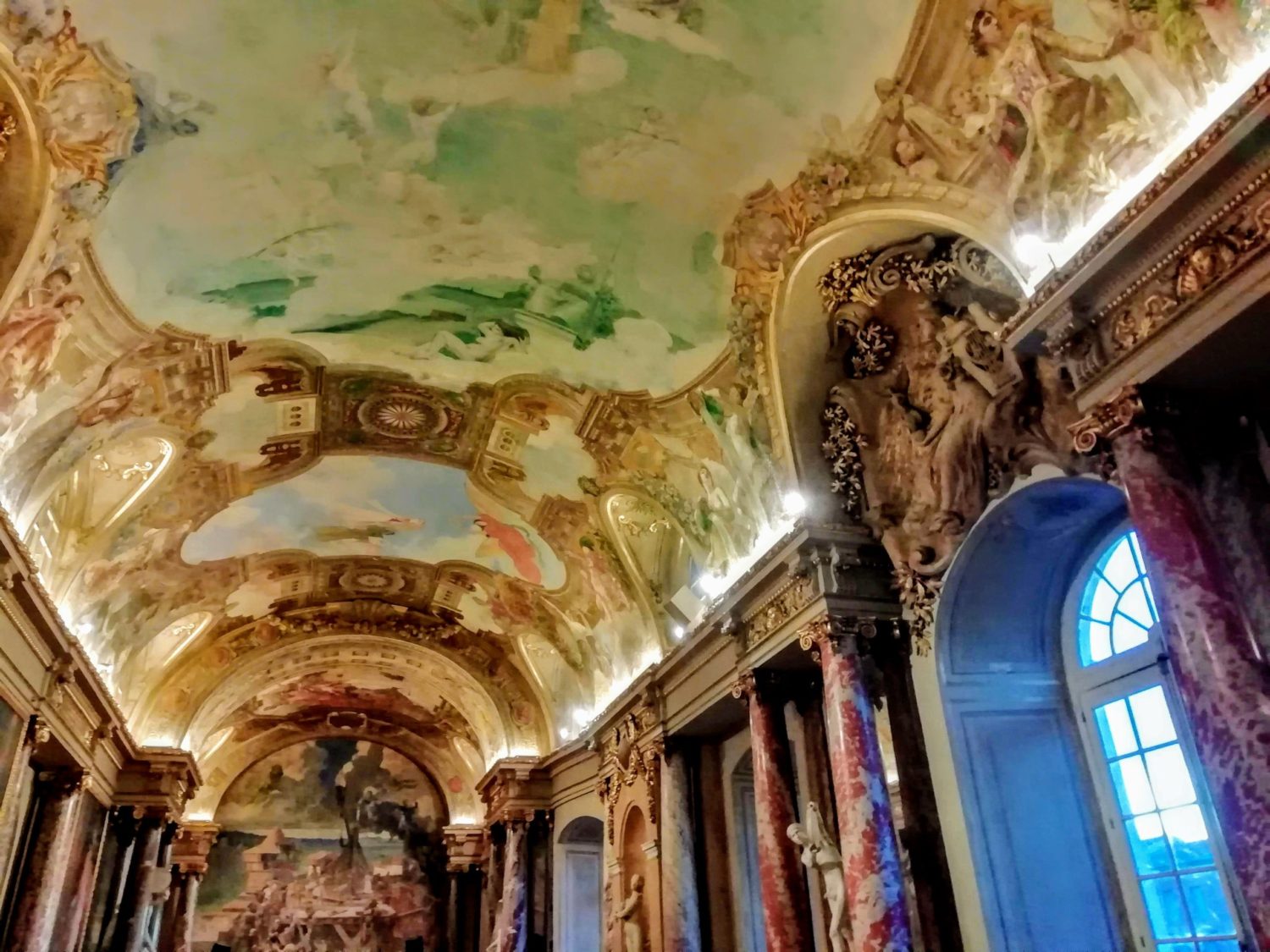 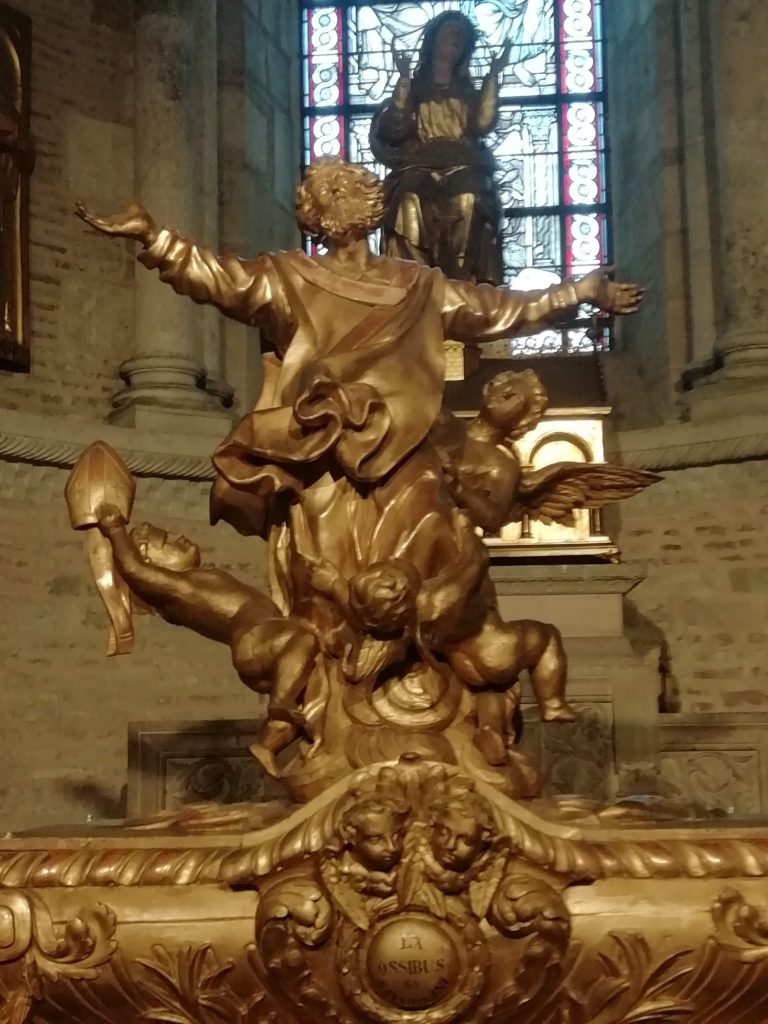 12 Replies to “A New Year and A Memory of Violets”