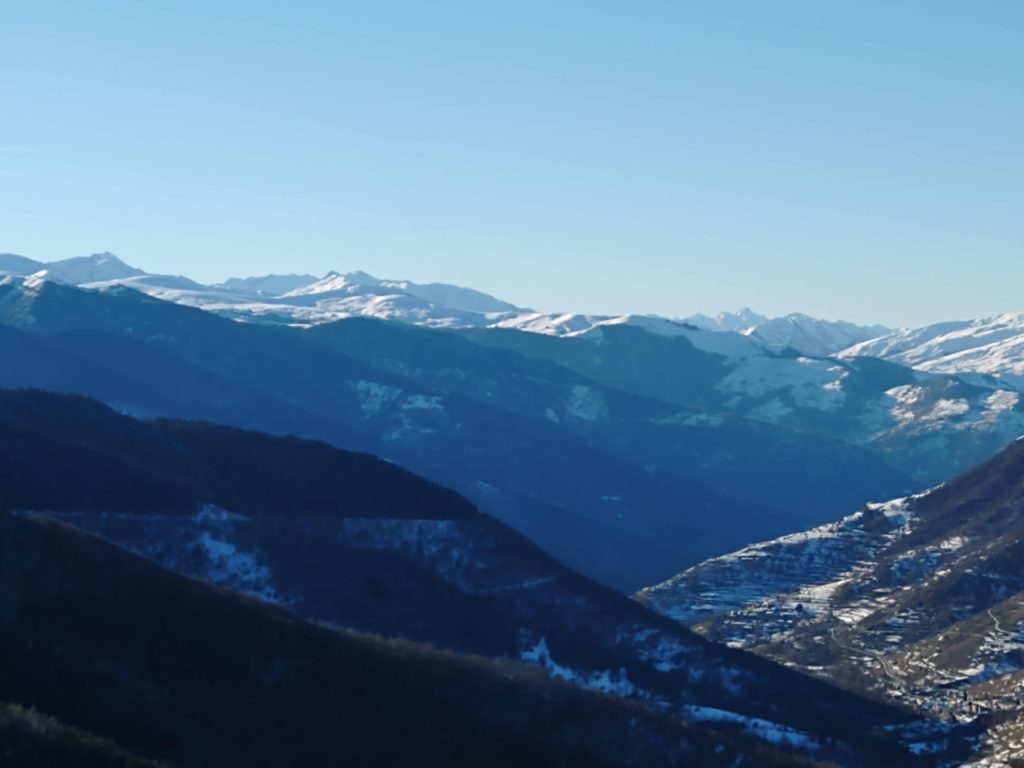 I have heard that an old friend may be dying today. If this is his day, I hope it is a good day to die. I am filled with love for him. My heart goes to sit beside him. My love is tinged with regret for all the times I could have contacted him, all the times I wished to contact him and did not. But love is not regret. It is present.

The first day I met him sometime in 1979, I went with my husband to his office on the campus of American University in Washington, DC. On the recommendation of a dear friend who knew the work my husband was doing in alternative energy policy there in the capital, we had called him and made a time to meet. Abdul Aziz was from Syria and his work for many years had been to bring peace to the Middle East. He was a highly respected academic and an expert in the politics of the Middle East. He was the only such expert trusted by all sides in the conflict. Known only to his friends, he was also a Sheik of the Sufi Order of Rafai with many followers both in the US and abroad. In Washington; these students included officials from the World Bank and people working in all aspects of the federal government. We were very curious to meet this man. I was a young woman. I had no idea what to expect. My whole being was open, delicate tentacles waving in the ocean of experience, sensing, tasting, hearing.

We entered the little waiting room to his office and knocked on the inner door. After a moment, the door opened a bit and a man with a great shock of dark hair and dark lively eyes under strong, dark eyebrows greeted us with energy, saying, in a voice deep, accented and rhythmic, “I’ll just be a minute. I have to finish a phone call. Please sit down. Be comfortable. Then we’ll make some tea and talk.”

We sat together in the outer room, making comments about the hangings on the wall, the Ababic calligraphy that conveyed something just out of our understanding, yet speaking something on a level we could almost grab. Soon, the door opened fully and Abdul Aziz Said stepped out, his hand extended as we rose to greet him. His strong face, more handsome and alive than that of Omar Shariff (who he resembled), was lit up. His whole presence emitted a kind of elegance and grace that seemed to come from another time, another place. He was dressed in a tweed suit jacket and tie and seemed elegant down to his neatly turned shoes. As we passed through the door into his inner office, I brushed against the coat rack where he had carefully hung his aristocratic-looking Burberry coat. As I turned for a moment to make sure I hadn’t disturbed it, I saw, as if in a moment of peeking behind the stage, that the lining was worn, threads hanging, and the inside of the collar a bit threadbare. It was remarkable to me at the time and remains indelibly in my memory–these things did not detract in the least from its genuine aura of elegance. They were a part of his skin, his presence.

I don’t remember what we talked about during our time in his office but I remember that after he had made us some stong mint tea and we had spoken for some time, he told us he had to get to a class on the other side of campus and invited us to walk with him in the lovely spring sunshine. “I have time to make it a nice stroll,” he said as he put on his coat and we followed him through the outer door.

Partway across campus, we came across some lovely cherry trees in blossom. He pointed to a wooden bench and invited us to sit down. After we had been sitting for a moment enjoying the wonderful fragrance, he turned to my husband and asked, “So what’s your cover?”

My husband’s eyes widened and he cocked his head in question. “I’m not sure what you mean;” he responded.

“Ah. All of us doing this work have to have a cover. It’s like being a spy in a foreign land. My cover is that I’m a professor, a peace maker and to some, a Sheikh. But that is just the cover over the vastness, the real secret of who we all are.”

As time went on, we joined the group of unusual people that gathered every Thursday evening in a small hall somewhere in DC. Sometimes we would stop at his house to pick him up. One evening, as he climbed into the car he said, “Would you mind stopping at the grocery store on the way? I said I would bring hummus for our sharing this time. I haven’t had time to get the ingredients. “

On the way, in all the traffic, we seemed to be lost. Laughing, he said, “Shall I tell you an old Sufi trick for finding your way at such a moment? It’s reserved for really difficult situations.” We both said, “Yes! Of course!” poised to hear some rarified esoteric knowledge about the use of intuition.  He opened the glove compartment and, rummaging around, pulled out a map of Washington. “Ah, yes! Here it is. A map!”

We stopped at the small neighborhood grocery on the way to the gathering. He looked through the shelves of canned vegetables until he came to the chickpeas. “It’s better to make these from the dried beans; but this will do.” We got garlic, lemons and a small bottle of olive oil. “Now we’ll have some hummus!”

When we reached the hall there were several people already gathered, talking and arranging the room. Cushions were scattered around in a circle. Abdul Aziz greeted everyone with a kind of genuine heartiness that, unlike the American “gusto” that surrounded us in this political city, seemed to come from a place deep inside him. Genuine, balanced. He embraced everyone with a firm clasp, then, putting them at arm’s length, still holding their shoulders, he looked each on in the eyes for a brief moment.  As he greeted one or two of us, he asked something quietly, directly. Each question had to do with something he knew about that person’s particular endeavors: There was usually a brief answer and a squeeze of the shoulders as he moved on, a “Yes” or perhaps a laugh. After a few minutes of sharing news he said “Let’s begin!”

We all took a place in the circle. We clasped hands and raised them up to our shoulders . He said an invocation.

He began the Zikr.

These moments or hours (it is hard to know) were of the most powerfully transporting and transforming of my life. I will say no more since the rest is well beyond words.

In the summer of that year, Shamcher Bryn Beorse, who was then eighty-three years old, came to stay in our apartment in Maryland for a few days. It was the first time we had met. We somehow had volunteered to take him to a spiritual conference we were all attending in the countryside north of Toronto. Little did I realize what an amazing human I had invited into my home.  A Norwegian by birth, he had been part of the Norwegian secret service during the war. He studied in France to become an engineer. There he had met the Sufi teacher, Hazrat Inayat Khan. He travelled widely, meeting spiritual teachers of many traditions, experiencing, transforming, knowing. Heading a United Nations mission to Tunisia in 1964 to study the feasibility of a saltwater conversion plant, he encountered the idea of using the temperature differentials of the ocean to not only desalinate the ocean water but to also create electricity that can be harnessed to do work.

He continued to work as an engineer in the Civil Service until almost the end of his life, tirelessly advocating for the creation of OTEC plants. While he stayed with us, I went with him to the halls of Congress where, like a white-haired, blue eyed sprite full of energy and light, he button-holed Senators coming out of Committee meetings and actually managed to engage them in prolonged conversation.

After he’d been with us for a couple of days, I decided that Shamcher and Abdul Aziz must meet.  I boldly invited Abdul Aziz to come to lunch one day in our spare apartment. I probably cooked curried lentils and rice with vegetables, something Shamcher seemed to like. Abdul Aziz rang the downstairs bell and I ran down with great anticipation to see him up. As he walked into the apartment, he seemed to tower above Shamcher, the spare old Norwegian. They embraced.

Having no table, we sat and ate from plates on our laps as we talked. They shared a lot in common, these two intensely committed men, steeped in spiritual practice. From time to time, I saw Shamcher glance at Abdul Aziz’s plate. Seeing he was observed, Abdul Aziz said,

“I think you’re interested in the way I’m eating.”

Shamcher acknowledged he was curious. “I notice that you begin eating at the bottom of the plate, go clockwise around the edges and then to the center.”

Abdul Aziz responded “Yes, exactly. You observe well. It gathers the energy of the food so that little is lost;”  Shamcher said, “I supposed so, but I wanted to make sure. It seems like a good way to eat.”

They talked of a few things–OTEC, their origins in Syria and Norway, their ties to universities and much more I can’t remember.  As we all stood to say our good-byes, it was clear to me they were really both the same size, the space within each being expansive beyond knowing.

And there were the other meetings when, there in the heart of the seat of the National Government, we worked together–women and men who were making decisions about financial policy, energy policy; people making decisions in the law, in social work and healing–to form what we called “The Center for Cooperative Global Development.” Out of that work came a Declaration of International Interdependence which, at the end of 1980, we managed to have read into the Congressional Record a.

I left the DC area in July of 1981 when the Reagan administration dissolved the Senate Energy Committee. My then-husband’s pink slip arrived quickly. The message was clear.  The ascendency of alternative energy solutions was over and petroleum was to be the only sovereign. I was nine months pregnant as we travelled across the country to Los Angeles County to start a new chapter in our lives. I don’t know if the Center ever got off the ground.  Until my recent move to France, I was able to put my hand on my copy of the Declaration. Now it, too, seems to have disappeared.

Who knows what influence such efforts have as their perfume disperses through the atmosphere and through the years.

Professor Said has created a huge body of academic work. There have been innumerable students of International Relations whose path in life he has influenced in his fifty-eight years of university teaching.  His influence has spread heart to heart–soul to soul as he advised governments and worked tirelessly for peace among religions and countries, taught about peace making and international relations and strove to create avenues for cooperative global interdependence. He has been a deep friend to so many.

May the peace you spread in your lifetime continue its own life. Your love and joy will remain with us forever.