As the 1970s were drawing to a close, many of us had spent our early youth protesting against an unjust war being fought by our companions, going back to the land to live a simpler, less consumptive life, attempting to educate and protest against profligate use of fossil fuels and trying to find new ways to live together. In the midst of all the distress of the present, we may have forgotten the glue of inclusive love and community that bound us all together. It has been so mocked and belittled over the years that its reality has been all but obliterated in a haze of marijuana smoke. It was a reality.

In those waning years of the 70s, after Nixon had systematically smothered our efforts, Ford had solidified that oppression and a more liberal Jimmy Carter had been elected, many of us began to feel our biological clocks moving ahead and decided to use this moment of increased hope to complete our education or go into the workforce so we could begin careers, get resources, have families, and continue fighting for these global emergencies from the home front.

Unfortunately, a by-product of those choices was acceptance of the belief that we could work within the system to change it. Many came to believe the government could be turned in a direction that would save us. Many of my closest women friends became lawyers, academicians, and some, eventually, the bureaucrats responsible for enacting governmental policies, devout believers in the efficacy of American Democracy. Carter’s years wasted away and the pendulum swung again to the right, where it has stuck ever since, through both Republican and Democratic presidents. When, during the early Obama years, Naomi Klein said we had to take the opportunity to “Move the Center”, few heeded her call.

Sometimes those friends of mine felt they were making some progress, but most of the time they were at the mercy of policies which, at best, allowed for minuscule steps in a positive direction, and at worst, set things back years. There were a few people like my present partner, who knew the system would not save us, no matter how we tried to shift it from within. He and others like him continued to live life closer to the ground. When, out of frustration and necessity, some decided to make the attempt to push the system by joining it, the window of opportunity had closed. It was too late. They have struggled to survive while continuing to do whatever they can in the community they find.

I became a social worker just as Carter was completing his term and after life diverted me from a career in academic research and teaching. I spent thirty-five years going to work every day to do whatever I could to save children, allow families to function, and protect and care for the homeless and vulnerable. Occasionally there were times when this was possible, at least in some small way. I would be doing these things still if I had not come to feel that each day I was stepping into what felt like a building burning ferociously around us. I, too, was at the mercy of a system that fed itself rather than feeding those whom it was meant to serve. Then, I dreamt one night I was trapped in that building and people were calling from the outside, arms outstretched, imploring me to get out before the burning beams fell on me. I knew it was time to leave before the building crashed down on my head. You can’t do much when you’re dead.

Here we are forty years down the road from that shift at the end of the 70s. The same emergencies are with us. They have grown exponentially. The things we were doing every day before we surrendered to the heels of the government grinding down on our heads are still the things we need to do now, every day. From the evidence I see in all the various forms of media, the overwhelming majority of us in the opposition have inculcated the belief that it is the government that will doom us or save us. Many have taught their children that the greatest value is to change things through the use of the democratic system—which they regard as the best modality for living together the world has ever known. Perhaps with a truly functional democracy, we would get somewhere, but this is not one. I have seen this staunch belief to be the road to ruin. What was critical in the 60s and early 70s was the willingness to make personal sacrifice in order to address the over-weaning emergencies confronting us every day. It was one of the few times in our history as a species when it did not take the actual presence of war in our midst to make it viscerally apparent that our lives were at stake.

When confronted with the presence of the dangers we now face, it is clear this same sense of imminence has been lacking, even as our situation since that time has only become increasingly dire minute by minute. Protests are fine as a tool to pressure power to make slight adjustments in course. Phone calls and letters to government officials are fine for the same reasons. But these activities serve to take the edge off our anxieties. We do them and then do our best to return to our work, to living our lives pretty much as usual, diverting ourselves if we can with all the media options available.

The government will go on. We need the energy of our anxiety to do the real work. Even if one ruler is impeached, another possibly more destructive will take his place. Those in power will make decisions that are horrendously damaging to our short term health and certainly to the sustainability of life on this planet. It comes down to the same choice it came to 40-odd years ago—making revolution or, together, taking things in our own hands. As in the 70s, it is clear the first option is ridiculously out of the question. The power of the US government and its partner corporations is such that we would be immediately and thoroughly destroyed. The only alternative is to get busy and do the work ourselves. This means, for most, sacrificing what they have come to feel are the essentials of life: giving up the new cars, working in ways that give us sustenance but not much more, growing our own food, finding ways to live simply together and supporting those who are not able to make it–giving up the rat race we have been hypnotized into experiencing as essential to our very physical and cultural survival.

At last, it is becoming clear we are at war with our government. Perhaps we have some common ground with our brothers and sisters who voted for Donald Trump as an “anti-government” choice. But now that he is the government, those who still idolize him may come to recognize their hero has just shifted one set of policies that support the rich for another. His supporters have the intelligence gained from experience. If we can stop allowing Mr. Trump and his cronies to manipulate us into wasting our anger on each another, perhaps we’ll find ways to support the lives of all those who have not shared in the power for all these years instead of using our energies to maintain the unsustainable lifestyles to which we’ve become accustomed.

Let’s make use of what we’ve learned over the last 45 years—the government will always disappoint us and will never do what is essential to save this planet. As do the international “terrorists”, government often benefits from a divided populace. The supporters of Trump who saw him as an antidote to the forces working against their interests may soon resume their disillusionment with government. This I can understand. The emergency is ours to face. Sinking back into sleep has allowed all the urgent situations to become only greater and more dangerous. Don’t go back to sleep! It is at your door. Act as you do in an emergency. It becomes your priority. All else is secondary. In an emergency, what is of true value suddenly becomes crystal clear. 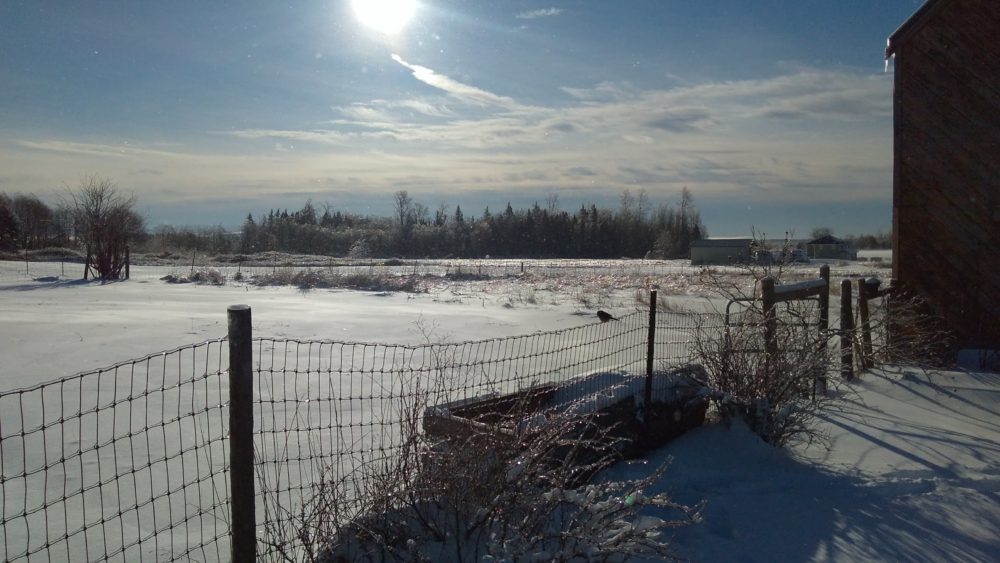