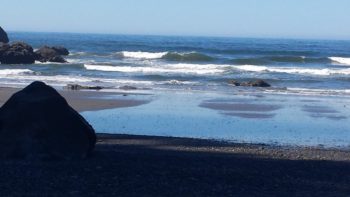 Other people talk. I hear their words. The meaning penetrates into my own experience.

Other people walk down the road I walk. I watch them from the window. Some look at their feet. Some look straight ahead. Some are evidently listening to something coming through attachments in their ears (I know because I have done this occasionally while weeding). A very few look around at the world they are passing through.

One or two I’ve seen have expressions on their faces  I think I understand. The muscles in their face seem soft and relaxed. There is, perhaps, a soft smile on their lips. Even from some distance, I can see a little sparkle of light in their eyes. Their head turns to focus their eyes around into the fields and woods, to wander to the houses and the trees around them. Their heads tilt back to look up into the sky and seem to focus on clouds and birds flying.

Perhaps they are also listening. I sometimes see them tilt their head a bit as they walk, ear pointed towards some bird calling, airplane flying over, power saw buzzing, cow mooing, or dog barking.

Since we walk the same road, I suspect a consciousness that has some congruence with the world contained within me. But how do I know?

Stories. The ones in books I’ve read, mostly. An occasional story from a friend. A story from the childhood of another being walking around on this ground we seem to talk about as a planet. These stories have passages that point in that direction—the direction of congruence. They are not quite the same as the universe within me, but they seem to contain some of the same flavors, hints of perceptions that could be what I am sensing, just with different twists. Those bodies were not, after all, walking the same road, at the same moments.

And then, what of the differences in a shared slice of time and space? I walk along with my dearest friend. We travel the same road at the same moment. Yet, the report from his body is not the same as in the universe I inhabit. He may report about things that have happened that he now carries as thoughts. Perhaps he finds their strands somewhere in the winds of space and ties them to another strand.

He may draw attention to a part of all the life around us. His words convey ideas. The sounds carrying the ideas come in through all those tiny bones I imagine are hidden in the openings of what I call ears on the sides of my head. They transmit those vibrations coming from his mouth into neural messages in my brain. These messages travelling as energy somehow transmit what we call meaning to the space of my universe. The transcription is full of errors.

Often a clear sense of a perception appears in what I call my mind. Sometimes there is a struggle to see the image that is somehow contained in those vibrations. And to see it the way it appears in the universe of another? What colors were in the original? What physical sensations accompanied the thoughts before they were translated into muscular impulses in a larynx that would then emit them as a symphony of vibrations? What hormonal baths did the thoughts receive before becoming the frequencies we call words?

Such a simple thing–looking out from this space of the only universe I know, seeing what the group of colors transmitted through these eyes in my head allows my brain to call a person. Recognizing in that form all the similarities to what I see in a mirror and deciding, in that scintillating wave we call a moment, that this form then contains a universe somehow similar to the one I inhabit.

Does it? Such a leap! I must devour more stories! I must absorb all that data from all those receptors until it is woven into the infinite expanse of the universe I inhabit. There, they are re-imagined and become woven into its essential matter. Or was it that they were there all along?

More than one infinite space? How could it be?