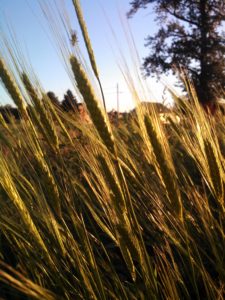 You may well not like this, but listen to me.

Don’t be fooled. So far, things are going pretty much the way they have been since at least 1970.

We have been committing inexcusable aggressions around the world on a fairly regular basis. Our international actions have been creating the opposite result from that which we purportedly desire. Policies of at least the last nine presidents have reinforced the hold of mega corporations on the real political power. They have all catered to the military. They have undermined education again and again. They have screwed up every chance to have a humane healthcare system. And certainly, they have given in repeatedly to the naysayers rather than do anything significant about climate change. I don’t care that you think they have political excuses. Why is it were you not horribly afraid a year ago?

It was predictable that Trump would run into the same quagmire that previous administrations have both had a hand in creating and have been forced to wade. And now there he is.

Unlike other presidents with political experience, connections and savvy, he and his staff are creating chaos and confusion. In confusion is an opportunity for re-direction. Think of any natural catastrophe. Those acting with calm, rationality and conviction in its midst are those who can most effectively shift the force of response.

The terrible things that are happening to environmental policy, educational policy, immigration policy, criminal justice, overall tolerance and international affairs are finally knocking people awake. Hillary would have been at least as hawkish and would, with her determination, be spurring on the military with more confidence and ardor.

The confusion Trump is creating around the world may even have some positive outcomes. Who knows? The dangers we feel surrounding us now already existed. They were set in motion and steadily worsened by the actions of previous administrations. Those administrations worked to make their decisions seem well-reasoned and principled even when they were disastrously misguided. If Trump actually followed his campaign rhetoric and pulled the US out of many areas of international intervention, the situation for millions of people around the world would likely gradually improve. The US, in policing the world, tends to create many more problems than it solves.

Unfortunately, in this respect, Trump is being pulled into line with the policies Obama began and Hillary would have elaborated more vigorously. He has not, at least to date, been pulled into creating a No-Fly Zone in Syria. That may be next. It has been on the agenda for the last few Obama years. Since he has no discernible cohesive approach, he, for the moment, leaves the world guessing. Perhaps not a strategy, but, as a strategy, it could be better than most. It might produce better results than the “policies” the US has been promulgating in the name of democratization around the world.

For me, the world’s lack of a cohesive approach to global warming is the most frightening nightmare. I have been living with that fear since 1969. In attempting to have our cake and eat it too we have allowed even the more “liberal” administrations to water down any meaningful approach to solution.

Sure, it’s disturbing to see the only efforts our government has made being torn down, but where are we even now? On the expressway to dire climate change. We have probably passed the last exit ramp.

Where was your present terror when the last presidents did so little to reverse climate change that it was, in its result, practically worse than doing nothing. Yes, the air we breathe is a bit cleaner than it could have been with no regulation of polluters, but policies initiated in California, where they could barely breathe the air, can take the bulk of the credit for that. Rivers and waterways are cleaner, but those efforts were only initiated after massive work on the ground by distressed citizens. They were not the brainchild of any Democratic administration.

Alternative energy solutions like wind and solar take massive capital inputs of petroleum energy. We should have been in full production mode for the last forty years. Organic farming was co-opted by governmental certification making it nearly impossible for sustainable farming to get on its feet. Presidents from Eisenhower to Obama have supported Agriculture bills that favor the inflation of Agribusiness with the resultant near destruction of a sustainable food supply. Were you terrified as this was happening?

It is good you are afraid now. Fear is justified. But it has been justified since the day you became a conscious member of our Great Society.

If you direct it all at Trump and his cronies, will you go back to sleep if they disappear? If things were in the kindly hands of an Obama, a Hillary Clinton or even a Bernie Sanders would you continue marching to make sure the US starts drastically cutting back its consumption, doesn’t send drones to foreign lands where “collateral damage” is hardly noteworthy, supports sustainable agriculture, supports true education, creates free health care for all, etc. etc. Would you give up anything? Would it still be a looming priority that you attend to every day, every minute? You could have been using justifiable fear to do that ever since you started thinking for yourself.

Just take the fear burying you now and imagine it is rich compost that is piled not just at the end of this particular row, stifling all life underneath but has been spread out evenly over the whole broad field of your life. The compost of fear will then be just the right thickness, the right density. The growth of your own creative response will now unfold, breathe and push up into the light. 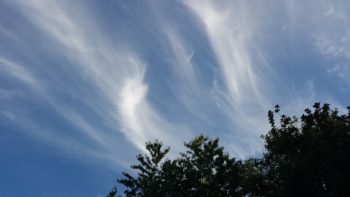