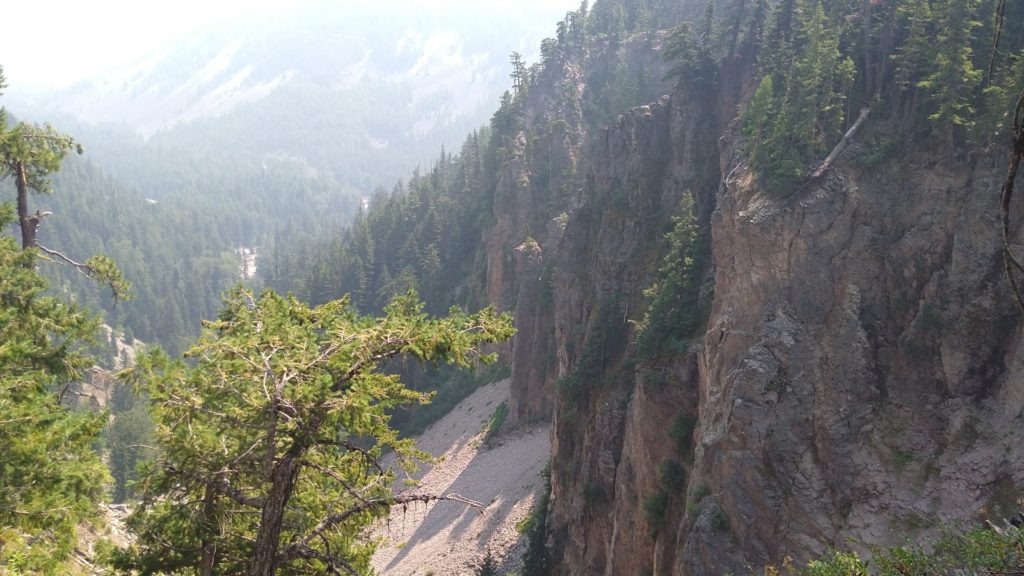 The smoke blew down from Canada.  In the heat of the summer, fires were burning in the forests of British Columbia. For a day or so, people went about their business, wondering a bit why the sky was grey when the sun seemed hot behind it. But grey was a familiar sky.

A dawning realization spread towards the end of the day, moving from person to person. Those who were spending the day working inside began to hear it from those who were outside. These were not the grey skies of the often cloudy northwest, but skies filled with a cover of smoke. There was no real smell of smoke, no real choking sensation, no sharp sting in the eyes to let you know it was there. Many people continued living their lives without real awareness. Perhaps they noticed a dryness in their throats and a cough when they settled down to sleep, wondering if it were some new kind of summer allergy.

As the days of grey skies went on, day after day, even those ignoring the signs began to feel an uncertain, inchoate longing for the blue skies of July, the white of puffs of clouds in the openness. They longed for vastness. Although they might not feel a choking sensation in their throats, something within them seemed to be gasping for expanse. Their spirits were confined, dulled, a bit desperate. Each day they woke up to a hazy white sun, each evening watched the globe of that same sun, now still high on the other side of the sky, turned red and a bit blue. Each night, they thought certainly they would wake to a sun rising in the light blue sky of early summer morning, but the grey and the strange light went on.

They began to look for signs in the sky, some small opening into the blue beyond. They pointed out to each other some thinnings in the cover, places where it began to look as it does when a fog that has blown in from the sea begins to burn off in the sun of late morning. For a few moments, the thick haze seemed to be slowly dissolving, becoming blue. Then the layer of grey closed over again.

The air seemed dead and quiet. The sounds of chirping birds and the choruses of morning and evening were all but gone. Even the roosters seemed silenced. It was a restless stillness, cooler than July should be. It was a Sunday quieter than Sunday, no lawn mowers, weed whackers, no grindng tractors. Only one or two motorcycles zoomed down the road during the day. Even those seemed muffled.

Even in the dullness of the days as they stretched on one after another, in the pervasiveness of the yellowish-green light, many seemed oblivious. Perhaps it was a kind of optimism, perhaps a dullness in their own spirit that matched the haze hanging over, a shade of compatibility. Exercise outside became taxing, contributing to the dullness. Occasional shadows on the grass, summer light penetrating briefly, produced moments of joy, sudden and fleeting relief from the dinginess and the luminous gloom.

There began to be murmurings that the much anticipated solar eclipse, approaching in just two weeks’ time, would prove to be an anti-climax, a disappointment after all this daytime darkness. From somewhere in the subconscious a nagging worry began to gnaw its way through into some part of awareness that the rest of the summer would pass away without the blue of the skies. This strange greyness would just blend into the long, familiar greyness of winter without the needed dose of sun, cheated of the storing away of the light.

There had been times before this, once the year before I was born, when, for a day or two at a time, fires from Canada had blanketed parts of the US and even Europe with darkness. This, then, was rare, but not unique. In addition to the burning of hundreds or even thousands of square miles of forest, the intensity of the smoke that summer long ago came from burning grasslands and the intensification of slow-burning peat fires in British Columbia. Street lamps came on in the middle of the day as far away as Florida. The plume of smoke may have been carried all the way around the globe by the patterns in the wind. Communication was spotty in those days. Since, as now, the smoke plume was high, there was no smell of smoke as darkness descended during the day. People thought perhaps it was Armageddon or nuclear blasts or both. It was uncanny as this grey is uncanny. Eight years later, the fires of 1958 burned over 3300 square miles of forest by the end of the fire season. So far, the fires now burning to the north in British Columbia had consumed about half that and it was not yet mid-August.

These days of sombre summer leave me restless, as if gathering energy to burst out above the haze to somehow bathe in the blue again. It is the same energy that fuels the desire to break through the fog blanketing so much of the human spirit.

As with the shifts in the wind and weather that are sure to come, I sense there is a deeper shifting that has already begun.  We will have to ride skillfully on that wind and see what haze it can dispel, what skies it will reveal. 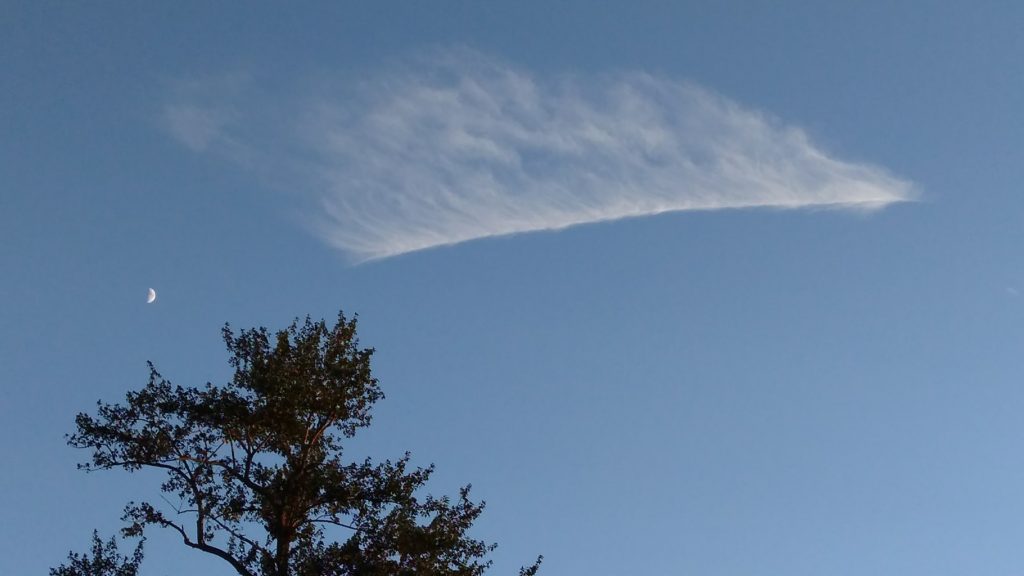