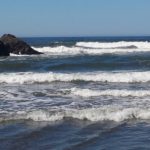 Standing in the cold ocean water up to my calves, the sound of the waves and the wind having soaked in through my ears and my pours, I looked out towards the horizon, feeling the ebbing wave pulling the sand from under my feet, making holes under my heels, shifting my weight slightly backwards. The moving sand tickled playfully. I remembered this feeling from my childhood, standing in the waves at Cape Cod.

I waited to feel the next wave washing in to see if it replaced the sand under my heels. I listened to the immense whoosh of the wave still moving away from me, infinite in its scope but curved into some finite form by the geography of the shore.  The incoming and outgoing ocean itself had created that geography over some seemingly infinite time. As I waited for the last faint diminution of that rushing sound, the gradual crescendo of the next flowing wave began at just the point of its dying, like the motion of a swing coming back after the child’s feet had curled underneath her as far as they could.

After several moments absorbed in the sensations of the waves washing in and out, my concentration disrupted, I moved my feet, walking along with the edges of the jagged waves, some coming in further, some staying closer to the depths where the land drops away. As I turned towards the dunes and the piles of logs pushed by storms to the top of the beach, Walter called to me, over the roaring of the ocean, “What were you thinking about just then, when you were looking out toward the horizon?”

I stopped and gathered my thoughts, which were already straying, then said “I was thinking how the ebbing wave sucks the sand out from under my heals. It makes two holes. I was waiting to see whether the incoming wave filled them back up. It doesn’t. The next ebb wave just takes away more. I have to move around a bit so I don’t fall over.”

My curiosity reawakened, I turned and looked out again at the waves coming in, the sound of the roiling froth, the sensation of movement in the meeting of going in and going out. I began to breathe with the sounds of the waves, breathing in with the whole length of the incoming rush and breathing out with the until the sound had receded completely, breathing in again with the whoosh of sound coming towards me. By just the smallest margin, it was a longer breath than I could take.  The ocean was breathing for the planet. It was my lungs that had lost their full capacity. If I sat with the waves and adjusted my breathing, I was sure, over time, they would regain their rightful strength and I would breathe completely again. It would take a lot of practice.

From the beginning, it is the ocean that breathes. Everything breathes with it. The tide comes in gradually, waves shifting randomly, and everything rises with it.  At the moment of the shift in the pull of sun and moon, the tide pivots, at the end of that in-breath, and shifts. Imperceptibly, each incoming wave becomes part of the breath going out, leaving behind it more and more of the shore where life bubbles up from its time underwater into its time with the air, the huge breathing of the tides containing within it the rhythm of the waves.  Strange to know this after so many years with the ocean. It somehow shifts everything. 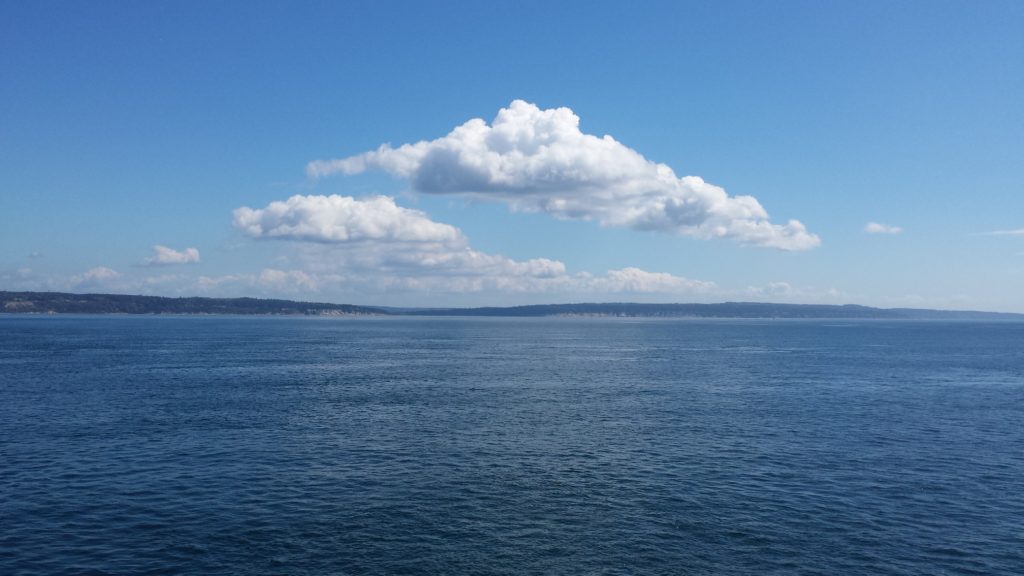 2 Replies to “The Ocean at La Push”