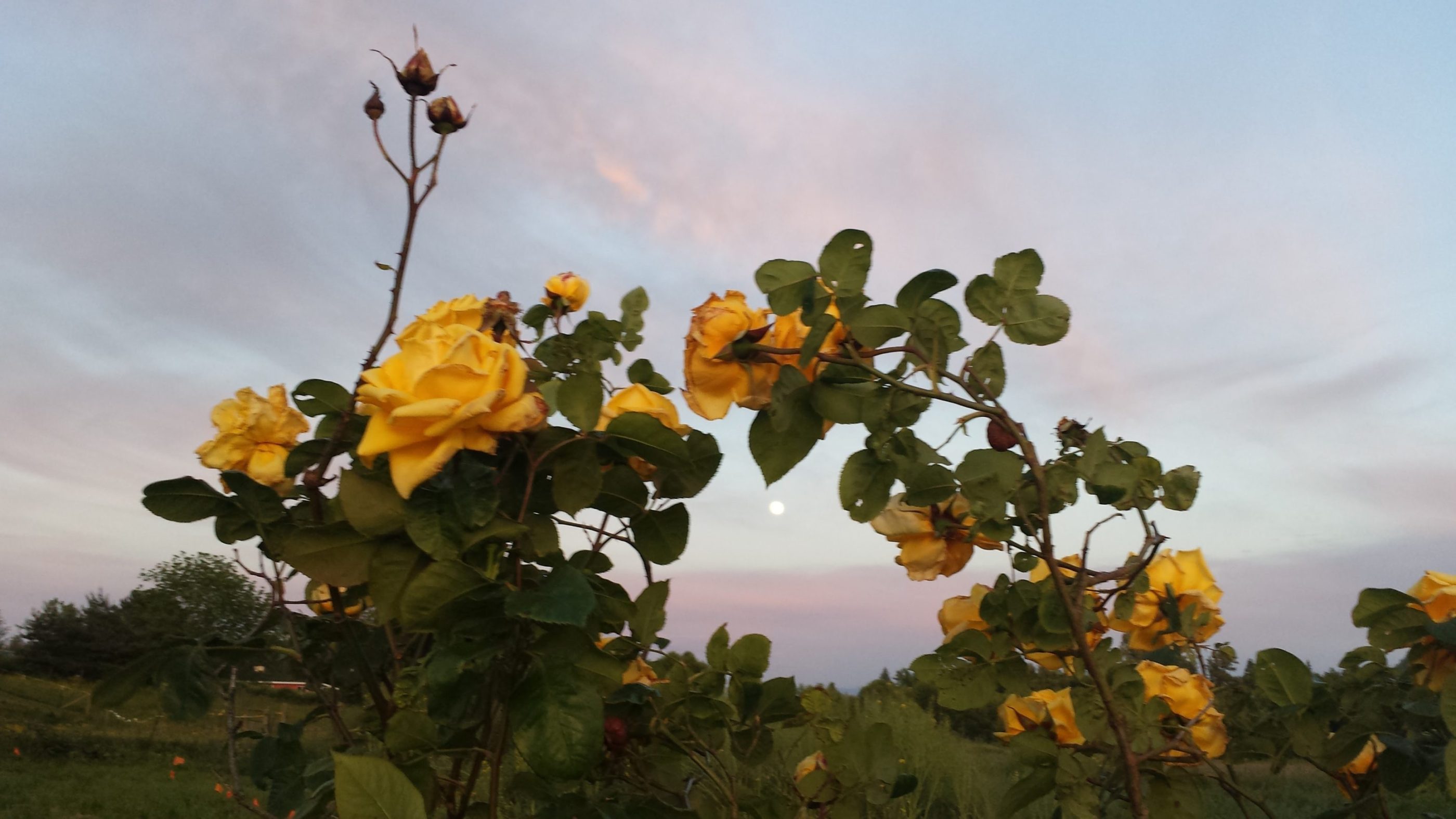 Under the big white tent in the forest we met that night, as agreed. There was a man with a double hand-held drum, a woman with a violin, a man with a oboe, a man with a tenor sax and me with my flute. We were all in our early twenties.
There was a knot in the middle of my chest and my heart was racing. I was not at all sure I could play with these musical people, whether I could play without a sheet of music in front of me to dictate the notes. I had played classical flute for years, well enough, but not with the beauty I really craved to hear. A few times I’d played freely for myself, in the woods, playing nymph to a stream and to the occasional accompaniment of the German Shephard named Blue who lived with us in our cabin in Vermont. I was clearly a romantic, loving the solitude of it and the mystery. But that night as I stood, poised under the tent, listening to the sound of crickets and an occasional night bird, I felt wiped clean, my mind emptied, listening for some sound within.
The violin started with a simple melody, joined soon by the drum who picked the rhythm from the flow of notes, structured it and lead it forward. The sax and oboe started to speak up, inserting their voices into the conversation, changing the topic, pulling the rhythm. It needed the voice of the flute, the pure soaring. So there it was.

At first the voice of the flute was mine, hesitant, uncertain, poking here and there in the discussion, trying to find a way in. Then the oboe turned to it, eager to hear what it had to say, imitating, reflecting, and then questioning.

It was when the sax came in to the conversation, though, that we all realized we had been invited to a dance. We swung around each other, gracefully at first and then with more abandon. I, standing there, blowing my breath into a long piece of metal, stood back in myself and began to hear a music that I was not playing, that the oboe was not playing, the violin was not playing, certainly not the sax or the drum. It was a swirling of melodies coming from somewhere in the middle of the tent, in the middle of the forest, played by no one but playing us all. Water jumped in the air, splashing, spraying. Somehow the air caught fire. We became the fire itself, hot, leaping, Latin, sexy, burning, crackling, purifying with joy.

The fire burned for some long time, or it might have been intense and brief, as it consumed its fuel and burned it away, sometimes roaring, sometimes quietly crackling, to ashes. As we all listened, it died into the cool light air of the night, a breeze wafting here and there and resting finally in the quiet of the darkness.

We packed up our instruments, speech being far away, hugged our good-nights and went to our sleeping bags, burned away, yet filled with vastness.