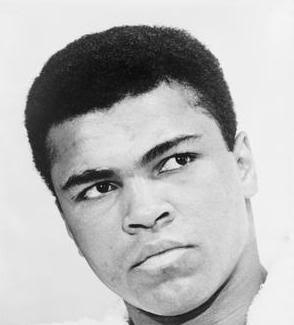 It was a Saturday early afternoon in Madison, Wisconsin and I was twenty-two or so. I was a college student and spiritual seeker.  Finally, after a series of very painful years, taking me through Vermont, New York City and two other undergraduate programs, I had come to Madison at the age of twenty-one and settled in to a new life and a new school.

Shortly after my move, my Sufi teacher had given me the assignment of starting a Sufi Order Center in Madison. I am convinced he did it just to shake things up. In that, another life-time, I had, trembling, started leading the Sufi Dancing in the square.  I had learned to speak and sing in front of a group of people, to lead gradually and then all of a sudden when the slightly older couple, who had been less formally leading the dancing, came into conflict with this youngster who had the effrontery to think she could do better than they.

My Sufi friend, Labonna, another blond twenty-something, full of energy, love and life, had just walked into the Underground Café on State Street. I hadn’t seen her for a while.  I was finishing brunch with a few friends in this vegetarian haven and was in an expansive mood.

She was someone I didn’t know well. She was of the archetype of the cheer-leader-girls in high school whose circle I could never penetrate and who had never included me in their parties since elementary school. But she seemed to like me, bridging the gulf from that world into mine, the world of sensitive, impassioned war protesters, back-to-the-landers, yes—“Hippies”.  We hugged, talked a bit and decided to spend the afternoon together on what I remember as a beautiful spring day.

We went to the park beside Lake Monona, sat on the grass and talked, walked and danced around together, taking hands and spinning, just out of sheer exuberance.  We may have smoked a joint, or maybe not. Our conversation was rangy, meandering through the politics of the day, the people in the Sufi group, the lives of our spiritual teachers.  It happened that our teacher, Pir Vilayat, had recently had a secret meeting with Muhammad Ali. They had talked about the spiritual life, it was said, and what it meant to live by its tenants. It was reported through the grapevine that Ali had really enjoyed the meeting.  Labonna talked about how interested she had been to hear about this through Sufi friends in Chicago. I talked about my admiration for Muhammad Ali’s stance against the war and the way in which he had nobly accepted his exile from the sport he loved so much as a consequence of living by his principles.

Labonna was a Chicago kid. She had many contacts in the city.  Her conscious or unconscious presentation as a young Marilyn–maybe the “Some Like it Hot” version–was mixed from a brew of intelligence, enthusiasm, impulsivity, narcissism, and innocence, with a modicum of tough street kid.  She knew that Ali had been living for some years on the South Side, near the Muslim Temple of Elijah Muhammad. She even knew the garage at Stony Island Ave. and 69th Street where he hung out with his friends.  Now Ali was a brother. He had met with our teacher so had become, in some sense, connected.  Labonna had met him once, a year or so back, in Chicago, and they’d talked a bit. She had liked him very much as a person, she said.  He had a strong magnetism yet was firmly grounded and human.

We decided to go find him. It was afternoon. She had an old Chevy. We could do it. It was only about two and a half hours down I-90. We didn’t know what we’d find, but destiny was calling. He was a young man who had suffered and was seeking. We were young and full of an ideal about the unity of all seekers.

She drove and smoked.  When we stopped for gas, we shared her lipstick, she complimenting me on how it was a perfect color for me. The high school girl in me was enchanted. We were calm in our excitement, confidant in the force of the moment.

We arrived in Chicago as it was getting dark. I had only been to there once when I was a kid of twelve, travelling through on the train going west, stopping with my parents to see the Museum of Science and Industry and walk through downtown. I remembered nothing.
Labonna navigated fairly well, showing me for the first time a certain vulnerability.  She was confidant finding her way from the freeway to the outskirts of downtown but it was clear the South Side was not her usual stomping ground. By the time we hit the boundaries of that neighborhood it was dark, and all the faces were dark. Two young blond women in a car, driving a bit aimlessly, asking directions. It never occurred to us to have any trepidation. These were all people, young and old, as dangerous as anywhere at night, but yet familiar.

When we stopped to ask, it was “Do you know where Muhammad Ali is tonight?” Those we addressed looked only slightly quizzical at first, then, meeting the direct glance and smile, softened and seemed to feel it was a part of the natural life of the neighborhood. They directed us to the Temple, which turned out to be closed. We found someone hanging out on the corner and asked him if Ali were in town and if so, where he might be. He directed us to the garage on 69th which also was dark and empty. We stopped at a convenience store nearby and went in to ask again. By now it was around nine-thirty and the streets were pretty quiet. The guy at the counter told us to wait a minute.

He went to the back and returned with another young man who, in a friendly manner, asked why we were looking for Ali. We explained about our teacher and our desire to talk with Ali about his experience in meeting with him. He seemed to accept this. He said, “Well, that would have been nice, but he’s out of town for a few days. His apartment is close by here, you’re right, but I’m afraid you’re a day too late. He left yesterday.” We thanked them both very much for their help. They smiled. It seemed they smiled with genuine warmth. Who knows?

As we got back in the car and she turned to me and said, “Well, we followed through. There was something that pulled us here. We didn’t shirk. We decided to do it. Too bad. I was really looking forward to hanging out with him.”  “Me too. But we found his atmosphere.”

It took a while to find a gas station still open. We had to drive almost to the North Side to find one. We fueled up and drove back to Madison, talking now and then, she smoking, me occasionally dozing, looking out into the night through the late hours of a long day.