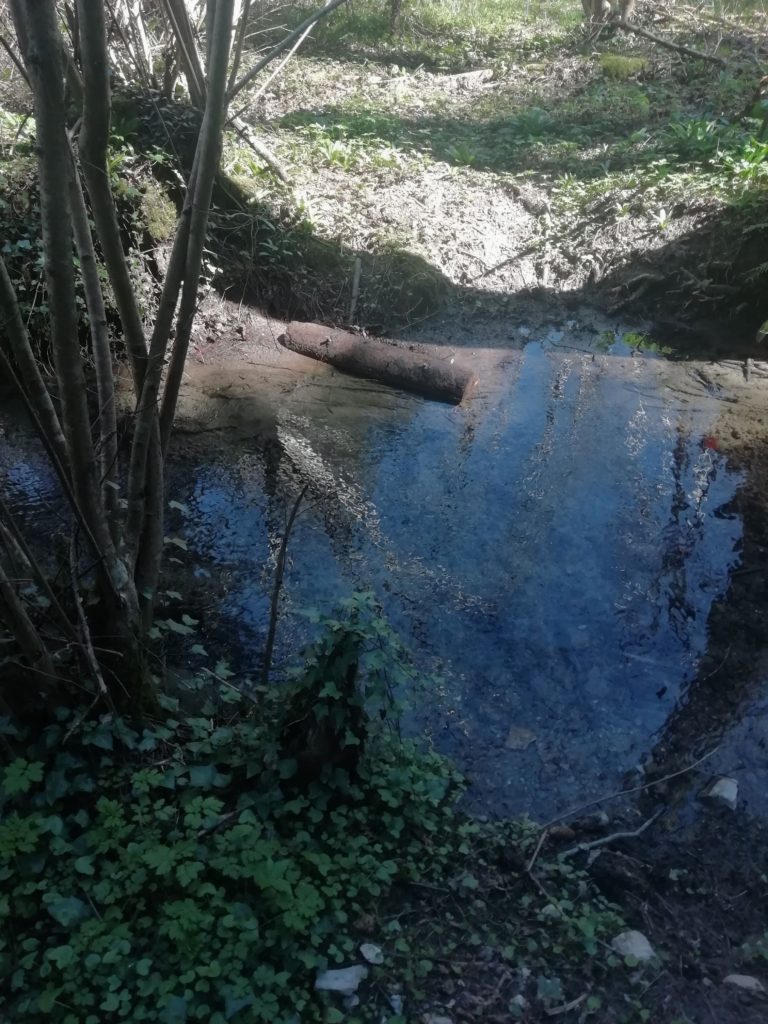 When I was a small girl I discovered the interior world of puddles.  It was perhaps for me the dawning of consciousness.
My first discovery. The awakening to the wonders beyond the ordinary, beyond mother and father and the hard surfaces of Brooklyn sidewalks and the contained universe of a front porch, beyond even the wonders of carousel horses, walks to the delicatessen beside my enormous father or the dark, sinewy jaguars in cages.
One day I just saw it. Walking somehow by myself, after a rain. Here was a world no one else knew, unexplored. I could stand beside the watery expanse, big or small, and look endlessly into worlds of shimmering trees and clouds. In that world, there was even the watery presence of someone else with brown eyes and short blond hair, someone who seemed to understand me well. I wandered and wandered down and in, beyond the seen into the unseen.
Later I dove deeply into books in the same way. They were worlds of my own, unexplored by anyone else, intensely known. Even later I began to find other people who had read the same books, explored the worlds the words somehow projected, experienced them in some way inside of themselves. It was a revelation. They had experienced something I thought only I had experienced. Was it the same experience? Was it different? How could I get inside them to know? These people who had also read were even more unknowable than the world of puddles, more impenetrable.
Maybe my world of puddles in known by the people who fish. Maybe that is what they explore there on the surface of the rivers and lakes, there on the anglers’ surface. I watch them standing in the river here that flows through the village, past the bottom of our garden and beyond, through many villages, standing there in their high boots for hours on end. There is so much in that clear substance, so many layers. I try to intuit what they see, to intuit the thoughts passing through their minds like the flow of the water itself.
I almost see it, then it shifts, out of my grasp, like the clouds that pass over and obscure the watery reflections.