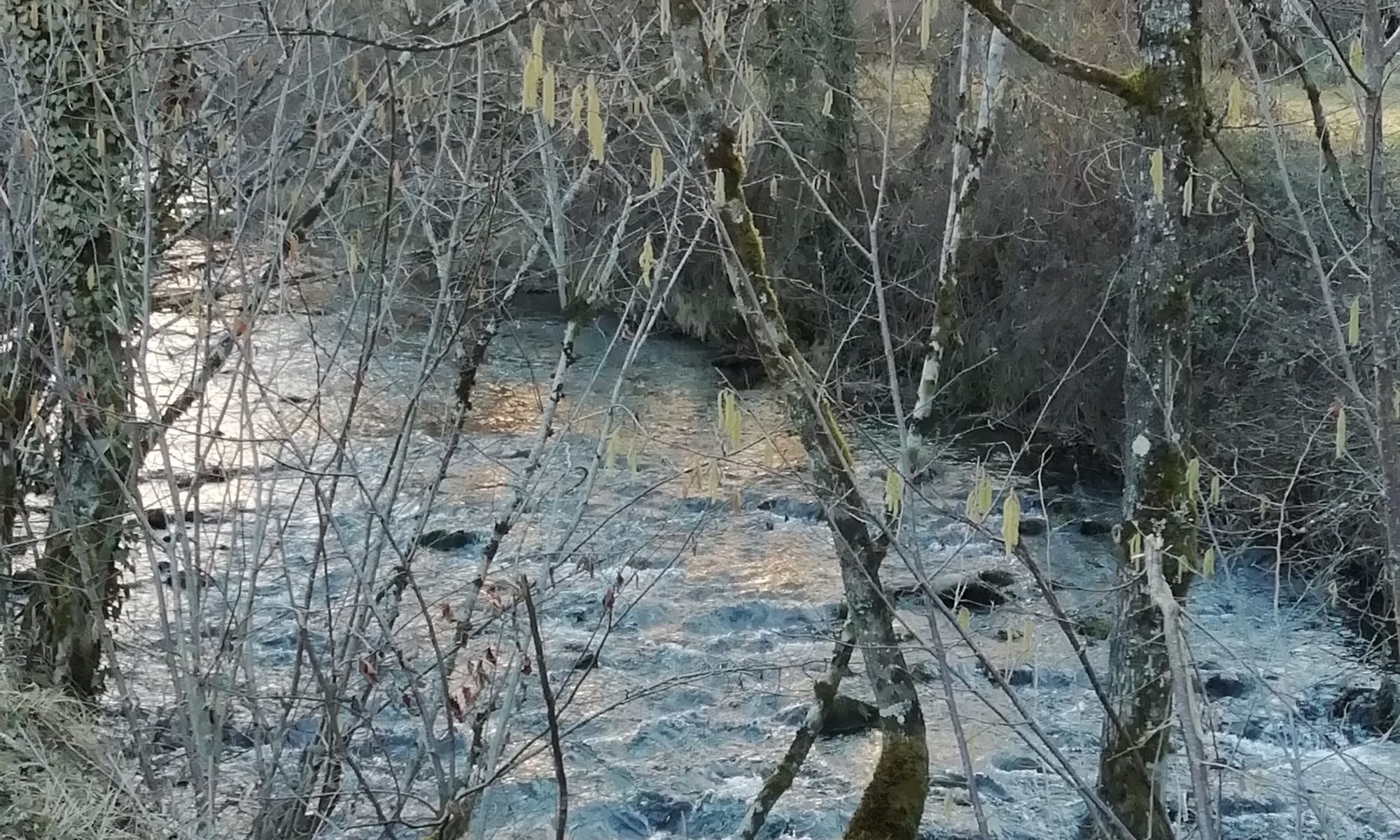 When in the midst of danger, it is necessary to clear the mind of fear.

As I look out into the clearing sky, clouds drifting through blue in a silent etheric wind, clarity is all there is. Even the grey of a floating cloud disturbs the mind for only a brief moment in its passage through the window frame.

In the middle of the night, a memory of a possible mistake the day before jolted me awake, its voltage striking out from the world of dreams. At first a gaseous cloud of foreboding, the lights switching on one by one in the rooms of my mind quickly gave it form and color. Consciousness, fully activated, was pulled, as if by some magnetic force, to circling thoughts of all the catastrophes this one mistake would generate. I had no doubt I was doomed. From that small rotten seed, rot spread out in larger and larger circles until the whole world was nothing but rot, crumbling away into nothingness. “No”! I almost called out. Not wanting to wake my sleeping partner, I called silently on all the forces I know, the forces of beauty, the forces of comfort and tenderness “Absorb this!”, I called out in silence, “I’m only one tiny atom in the ocean of life. Let this rot disappear in that endless sea!”

Just then, a flash of light in the black sky through the window. Just at the meeting of dark hill and dark sky, a comet had burned in the atmosphere. Just there. Just at that moment, it’s particular light had reached my particular eyes. It’s just like this that things burn away as they rub against the molecules of air. “There,” I told it silently. “Take all that mess! Take it!” In true comic book fashion, the explosion of light that had happened in some flash in some moment long past blasted the mass of rot to smithereens- “POW!”. Then, reciting to myself all I knew of the basic childhood lessons of falling stars and luck and wishes, I let myself be comforted. I passed back through that hazy boundary, never remarking the passage. I floated into sleep in this still strange house, in this still strange village, in this still strange region of a still strange country.

The cloud of grey anxiety still floats around me like a swarm of gnats.  As I did with the ringing in my ears, I have taught myself through long practice to use the immense space inside me to push that fear out beyond the curves of the infinite The “it” of it then exists no more. There is only empty space. I hear only silence. The sounds that penetrate through the delicate bones of my ear dissolve with more than imperceptible immediacy in that vast quiet. They existed but never did.

Then another night arrives and I’m awake in the middle of it, looking out once more at the dark curve of that same hill, stars bright above it in the frame of the bedroom window. The long-handled triangle of Cassiopeia is balanced on two vertices just above the horizon of the hill, the line between the two piercing points of light perfectly parallel to the gentle curve of rising earth. In drowsy relaxation, I watch as the whole delicate edifice of the constellation settles ever so slowly onto the hill. As I drift and wake, I see those two stars are vanishing like bits of smoke into the dark mass of the hill. The whole spaceship of the beautiful queen is sinking imperceptibly into the earth.  I shiver, smiling, and pull the covers around my chin, feeling the wind of the earth speeding on its axis.

I’m walking now through the village, exploring, probing. I try not to look like some overly curious tourist, poking into places where I will never return, but it’s useless–the force of my curiosity draws me everywhere. I walk the path by the river and then along the length of the long main street of the village. On my way back to the house, I realize with a kind of sudden ecstasy that the sound of water is everywhere, in the streets of the village and all around this place nestled in hills and gorges, a place where people have settled for millennia—the reason they have been here. The river, the little canals dug to divert the water from place to place, the small stone basins with spigots still running with public water, the open faucets of the laveries where women gathered to wash the family clothes in huge stone basins, the mill races, still running around stone buildings where their water pushed wheels and ground grain, little waterfalls, big waterfalls—all running, playing the infinite musics of water. There are few spots in this settlement, spreading from a central street and a church, where the notes of running water can’t be heard. It’s a flowing village.

The snow-covered peaks of late winter will soon send their melt down as they have forever and the river behind the house will sing with even more excitement. This winter brought snow, late and lighter but enough. We can only look for the rhythms to continue somehow in some new form. We can only encourage them with our planting, our tending of the fruit trees, our preparation, our connection. That’s what we’re doing here, after all.